By: admin@internetnews.press
In: United States
Tagged: Donald Trump, State Of The Union
With: 0 Comments 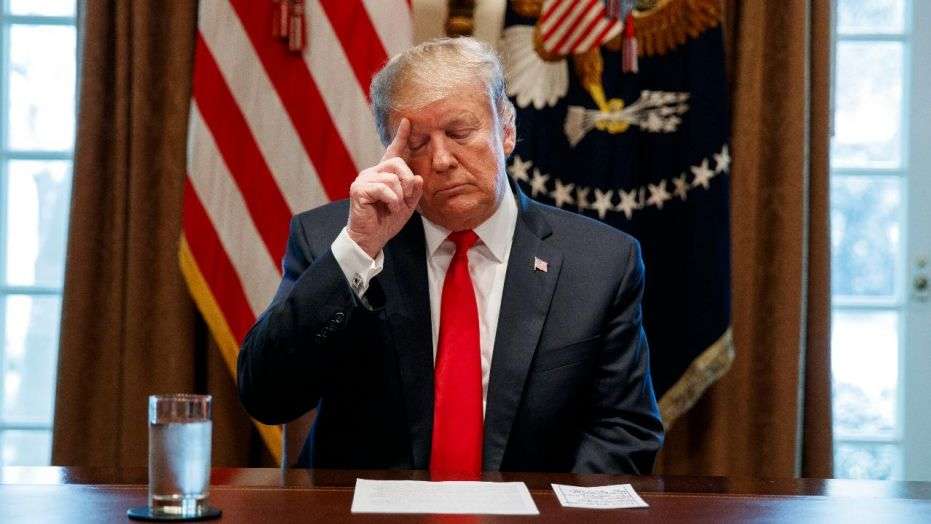 President Trump has given into pressure and rescheduled the State of the Union Address until today, also caving on border wall funding talks to temporarily reopen United States Government.

US President Donald Trump says he will not deliver his annual State of the Union speech until after the government shutdown is over.

The shutdown has left 800,000 federal staff without pay since 22 December.

Mr Trump wants $5.7bn (£4.4bn) to build a wall on the US-Mexico border, but newly empowered Democrats have refused.

The row over border security has led to the longest government shutdown in US history.

What did Mr Trump say?

Having initially said the speech should be “on time, on schedule, and very importantly, on location”, he conceded overnight that he could not deliver on his pledge.

He acknowledged on Twitter Mrs Pelosi’s refusal to allow Congress to host the State of the Union address until the shutdown – now in its 34th day – had been resolved.

“This is her prerogative,” he said, adding that he was no longer looking for an alternative venue but looked forward to making the speech in the near future.

Mrs Pelosi responded with her own tweet saying she hoped Mr Trump would back a bill passed by the House of Representatives to fund the agencies affected by the shutdown.

President Donald Trump will deliver the annual State of the Union address Tuesday – not in writing, not in an alternate location, but in the House chamber before a joint session of Congress, just as other presidents before him have done for more than 100 years.

But he almost didn’t.

A government shutdown and a fight with House Speaker Nancy Pelosi almost halted the annual ritual this year.