Polar Vortex Brings Frigid Weather To Much Of Canada 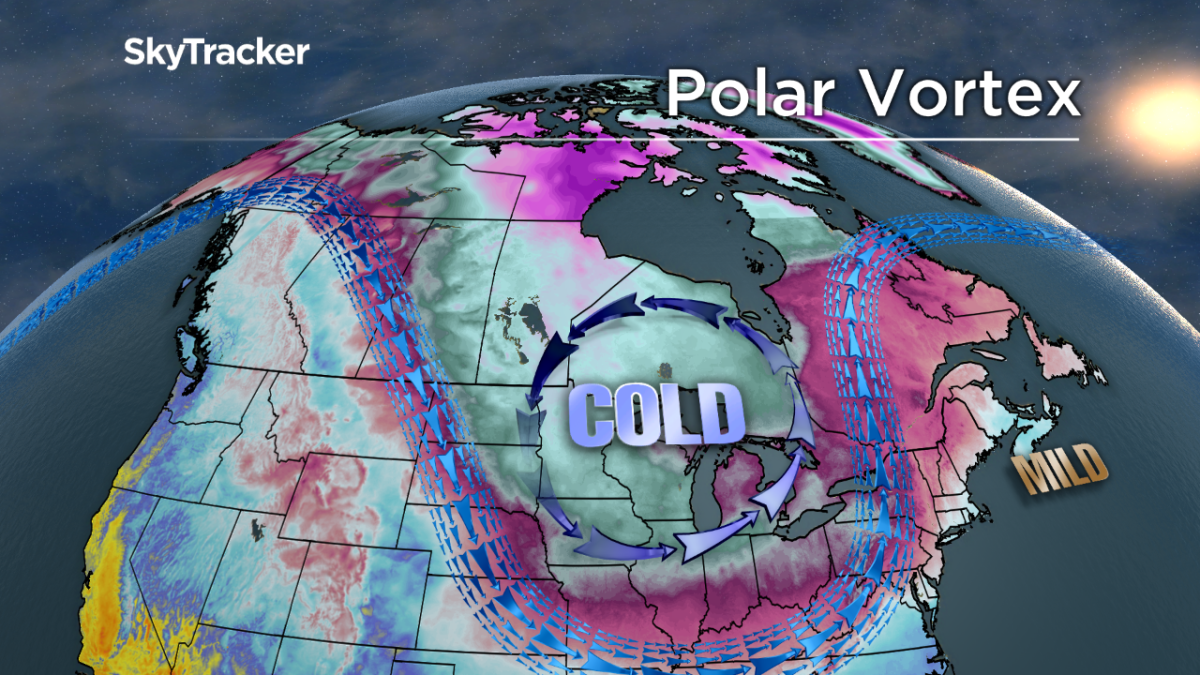 Polar Vortex Brings Frigid Weather To Much Of Canada

Extreme cold has gripped much of Canada thanks to a hovering polar vortex.

READ MORE: Canada’s wild weather: Flowers are blooming in the west and snow is pummeling the east

Large swaths of the country are under extreme cold alerts. Stretching from Saskatchewan through Manitoba and northern regions of Ontario and into Quebec, temperatures dipped south of -50C with the windchill Wednesday. And it’s not over yet.

“This polar vortex is expanding out to include more of North America on Thursday,” said Global News chief meteorologist Anthony Farnell.

At least 2,700 flights were cancelled nationwide, more than half of them at Chicago’s two main airports. Another 1,800 flights scheduled for Thursday were also called off. Fuel lines at O’Hare Airport froze, forcing some planes to refuel elsewhere before continuing to their destination, an airport spokeswoman said.