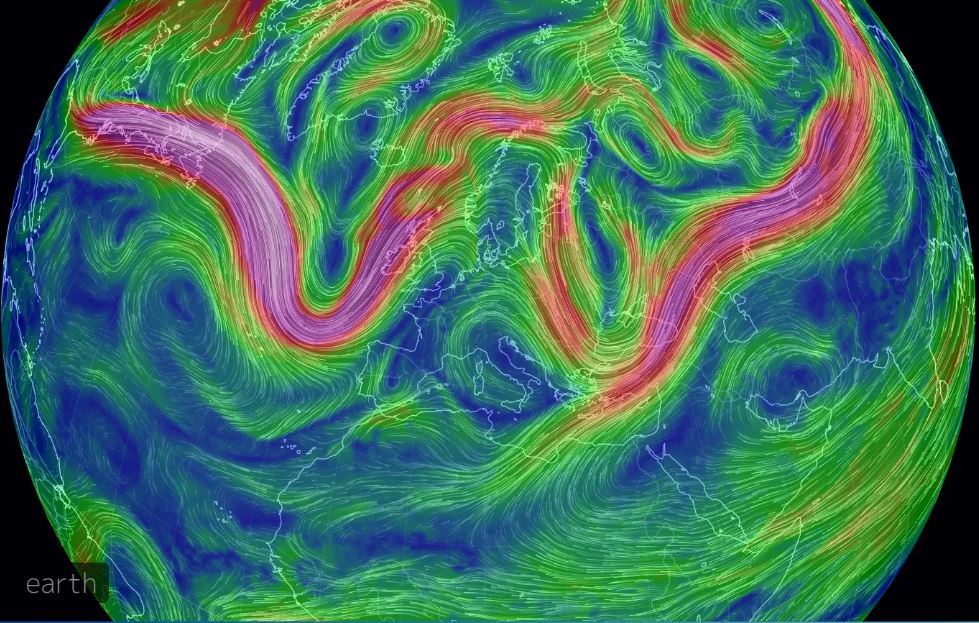 The Heatwave in Europe caused by a large “Heat Dome” is also spreading to Canada and causing a massive heat wave.

A Giant ‘Heat Dome’ Over Europe Is Smashing Temperature Records, And It’s on The Move

A historic heat wave is bringing unprecedented temperatures to Western Europe, and is poised to expand northeastward to Scandinavia and into the Arctic by late this weekend.

Once above the Arctic Circle, the weather system responsible for this heat wave could accelerate the loss of sea ice, which is already running at a record low for this time of year.

First, residents of Paris, London, Brussels, Amsterdam, Munich, Zurich and other locations are suffering through dangerously high temperatures on Wednesday and Thursday.

Already on Wednesday, all-time national heat records in the Netherlands, Belgium and Germany had fallen, right on the heels of a late June heat wave that broke similar records in France and other countries.

The German meteorological agency noted that Wednesday’s national record of 104.9 degrees Fahrenheit (40.5 Celsius) may last just a day before being broken on Thursday.

It’s difficult to beat all-time heat records in mid-July, considering this is the hottest time of year. It’s even more unusual to beat these records by a large margin, which is what is occurring now.

The city’s all-time high temperature record has stood since 1947.

Multiple all-time records were set elsewhere in France on Tuesday, both for daytime highs and hot nighttime low temperatures.

The UK Met Office is predicting that the country’s all-time national heat record of 101.3 degrees Fahrenheit (38.5 Celsius) will be broken Thursday.

In addition, national heat records in Germany, where the mark to beat is 104.5 degrees Fahrenheit (40.3 degrees), could be set this week as well.

Heat of this intensity constitutes a significant public health threat, particularly for vulnerable populations like outdoor workers, the elderly, young children, those with compromised immune systems and anyone lacking the means to cool down.

In most of the cities currently affected, people lack air conditioning at home and in many public buildings and transit systems.

There have been 15 heatstroke deaths of children left in hot cars in 2019. And it’s not even July.

Fifteen children have died from heatstroke in the USA this year as a result of being left in hot cars – and it’s not even July.

Three of the deaths occurred since last Saturday, and extreme heat is likely in the South and parts of the Midwest on Sunday heading into the Fourth of July.

The latest hot car death came Thursday evening in Morristown, Tennessee, when a 3-year-old boy was found in a minivan after he had been reported missing since 4 p.m. The temperature had reached 90 degrees.

“Officers found the child deceased on the floorboard of a minivan that was parked on the property,” the city of Morristown wrote in a statement on Facebook. “Investigators believe, at this time, the child entered the vehicle without anyone knowing and became trapped.”