By: admin@internetnews.press
In: World
Tagged: Squirrel Appreciation Day
With: 0 Comments 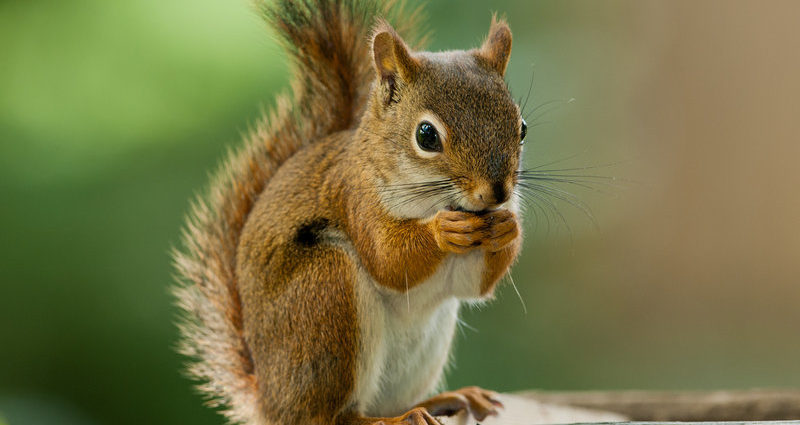 Have you had an increase in trouble with squirrels chewing on your holiday lights? The Masked Biologist has, as he shares in this week’s Wildlife Matters.

We are one of those families that enjoys putting up lights and decorations for Christmas; well actually, for the holiday season in general. This includes putting exterior lights out on the house, the deck, and sometimes part of the fence. A couple of years ago, we experienced a problem we had not experienced previously. It was our first year with the newer energy efficient light bulbs, and shortly after hanging them we discovered that squirrels were chewing them up. Not just one squirrel chewing through one wire in one spot, either. They chewed the wires into pieces, and chewed some of the bulbs and sockets out of the string.

Like I said, this had never happened before. So why now? What changed? My theory was straightforward—the squirrels thought that the lights were acorns, and were harvesting them to cache for the winter. The lights were actually sort of acorn-shaped, with a crisscross pattern on them, but they were clear. Still, if they were convinced it was some kind of fruit or nut and wanted to cache them, it wasn’t an outlandish thought. They spend all fall chewing through the branches of my oak tree to drop acorns, after all.

So I spliced and taped up the wires, whenever necessary, and decided we would just need to replace them again the following season. Then I heard that our new Lights of the Northwoods display was having similar problems with cut wires. At first they blamed vandals, but then they came back and said some of it could have been squirrel activity. Again, not a real big surprise. First, the lights weren’t there, in the park, then they were everywhere. The squirrels may have thought it was a fresh food source and went to town wreaking havoc on the defenseless light display.

Lights of the Northwoods continues, even today, to deal with senseless vandalism from humans and from squirrels. One potential explanation I heard was that the new insulating wire coatings are not straight plastic, but soy-based, and the squirrels like the taste. This could be; maybe my old Christmas lights were unpalatable boring old plastic, but the new soft soybean flavored wires are terrific. I can’t say for sure. If this is the problem, then the solution would be to change the flavor, right? A search online recommends trying a couple different ideas of things that don’t taste very good, at least to squirrels, like pepper spray or that strong mint-flavored antiseptic mouthwash that was originally developed to clean floors. Of course, the problem there is every time it rains you’d need to reapply the deterrent. I might suggest you try something that is petroleum-based and consequently would not wash off. I had someone tell me once that what works well on bird feeders is Vicks Vapo-rub™ which is petroleum based and has strong ingredients like camphor, eucalyptus oil, and menthol. i was going to try it on some of my lights this year, but so far the squirrels seem more interested in picking up the acorns that have dropped and are still dropping from my oak tree, so maybe I’m okay. actually, another possible explanation might be that the quick onset of snow changed their foraging behavior. If the ground was still uncovered, they might be more likely to keep harvesting and stashing food.

A quick online search also turned up a new product, outdoor holiday lights that claim to have solved the problem of squirrel chewing. Their website says that the coating is flavored to discourage rodent chew. If this is true, a solution might be just around the corner as other companies consider addressing the issue in order to stay competitive. Until then, your options seem limited – either change the taste of the lights or reduce the number of squirrels in your yard. Or don’t put out lights, I guess – but what fun would that be?

Squirrels that strongly favour their left or right side are less good at learning, new research suggests.

Just as humans are usually left- or right-handed, many animals favour one side of their body for certain tasks.

The strength of this preference varies, with some individuals happy to use either side, while others strongly favour one side (known as being strongly “lateralised”).

The University of Exeter study found that grey squirrels which strongly favoured a side did less well on a learning task. They had to learn to use a paw, rather than their mouth, to get nuts.

“It has been suggested that being strongly lateralised makes brains more efficient, with each hemisphere focussing on different tasks,” said Dr Lisa Leaver.

“This could help animals survive, which would explain the evolution of laterality across the animal kingdom.